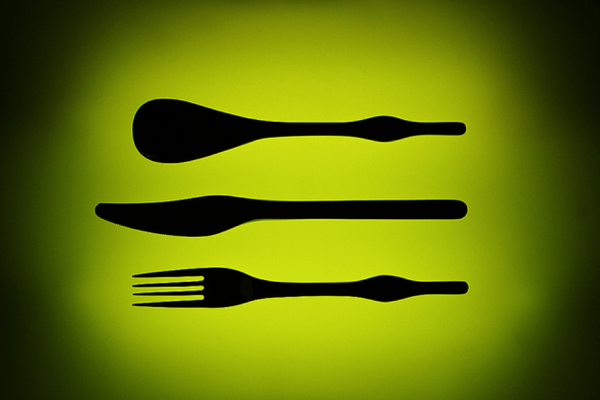 The minimalist movement is making waves in the packaging design space. SpyreStudios argues that while minimalism wasn’t the most prominent or “flashiest” concepts in the early 21st century, it’s had a significant impact on aesthetics. The purpose of minimalism is perhaps best summarized by designer Buckminster Fuller, who believes minimalism is about “doing more with less.”

Consumer packaged goods (CPG) design has significant differences from traditional graphic design, which pioneered the minimalist movement. However, Houzz writes that the functional goals of minimalism often include the following:

In an era of information overload, it’s little wonder that CPG brands are increasingly turning to minimal packaging. The average American encounters between 3,000 and 20,000 marketing messages each day. Minimal designs are naturally appealing to humans because they can offer a visual respite from the clutter we encounter on a daily basis. In crowded grocery aisles that are filled with complex packaging designs, minimalism can be an effective tool to stand out.

If you’re considering minimalist design as a tactic for CPG packaging, it’s important to understand how the principles of the movement intersect with industry best practices. Join us as we discuss ten principles of “less is more” CPG design.

Exceptional minimalist design often has a single feature that stands out above all else. In the food realm, this requires understanding of a brand’s unique value proposition (UVP). In other words, designers must understand why their customers typically choose their products, and make this concept the focal point of their design.

British grocery store chain Tesco released minimalist canned goods, which featured a white label, plain black typography, and a barely-visible brand logo in the upper left corner. The focus of the design was the brand’s promise of more volume for the shopper’s money. The cans proclaimed “70% more” or “54% more,” based on Tesco’s competitive analysis.

Another incredibly minimalist brand is Svedka Vodka, whose bottles lack the same flavor-driven imagery as their competitors. Instead of communicating to buyers that a bottle is raspberry based on a drawing of the fruit, Svedka tells the story with flowers. While the flavor is listed on the bottle in small text, the Svedka logo and bottle cap are changed to match a color consumers can easily associate with the flavor. While the brand recently redesigned their labels to consist of bright, solid-colored design, the final effect is the same.

Taking a minimalist approach to packaging design allows brands some room to play. If you’re marketing an off-beat product or packaging concept, consider stating the obvious. Using your label to make bold claims is certainly eye-catching, and could be highly effective.

The recent debut of Boxed Water put this principle to the test. The carton simple reads, in black against a white background, that “Boxed Water is Better.”

Minimalism should never be ambiguous. If given the choice, packaging designers should err on the side of highly obvious. Summarizing your customer’s pain points or priorities is one way to get the point across without too many words.

The “help” brand of drugstore remedies achieved just this with their simply-labeled over-the-counter products. The labels read “I can’t sleep,” “I have a headache” or any other number of easy-identifiable problem statements their customers can identify with.

Many packaging designers with a healthy respect for minimalist principles heavily leverage the use of white space, or negative space, on packaging labels. This can involve the act of “compressing” design into a small area of the label, while leaving the rest of the package blank. The result is an eye-catching product that naturally directs the viewer’s eye towards the design.

DRY, a brand of organic sodas, leverages plenty of blank space in their packaging. Their clear glass bottles house different flavors of sodas, all of which are also clear. However, the brand and soda’s flavor is designed into a small area of the bottle, located near the bottom.

Humans have an innate love of “filling in the blanks,” and finding patterns. It’s known as the Gestalt Principle, and it’s a guiding concept behind much of modern design theory. By refusing to state the obvious on your labels, you allow your consumers to do the rest.

BluePrint brand juice bottles don’t state they consume juice, but it’s pretty obvious to consumers. Instead, the front of the brand’s bottles list the total ingredients in a tidy list.

While it may seem as though you can use complex fonts against plain backgrounds, the wrong typography can ruin the appearance of a minimalist package. Many of the most effective packaging designs rely on bold colors and easy-to-read block lettering. While script isn’t necessarily out-of-the-question, it can make a packaging label much more difficult to read.

Minimalism is edgy. It isn’t likely to be the loudest packaging in a grocery store, which is precisely why it stands out. By eliminating most of the food packaging elements that consumers have come to expect, you’re breaking the rules.

As CPG brands struggle to stand out in crowded retail environments, the answer might not be more packaging design. It could be less. Take a page from the book of successful generic brands and natural foods producers around the world, and consider stripping your label down to the bare minimum.