Should you tailor your packaging to the shopper or consumer if they are of different sexes? A recent study shows that there's no correlation between the gender of the shopper and buying intent based on packaging—buyers choose products that match with the consumers ideal of the product. 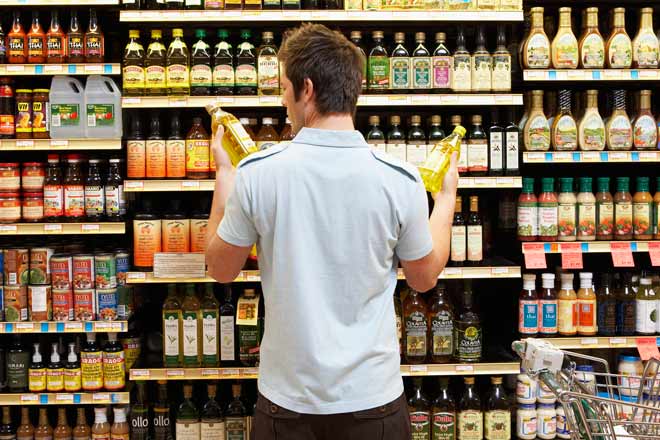 Some time ago, an interview with Marti Barletta, the so-called godmother of women marketing, got our attention. In that interview she stated that 90% of FMCG products and 80% of all other goods in the United States were bought by women. For marketeers, this fact makes women a specific target group.

It is well known that women and men are different, but Barletta proves that this fact is not yet efficiently used in marketing. A "pink-it-and-shrink-it" strategy is the most common mistake made by marketeers--stereotyping is not the answer when it comes to appealing to a female audience. Barletta states that a deep understanding of gender differences is the most important factor to make gender marketing effective. At CARTILS, we've researched how this statement can be extended to branding and packaging.

Most often, branding and packaging development starts with a research in focus groups that represent the target audience of a product. But if we assume that 80% of all the purchases are made by women, then who should we target with a package design: an actual consumer or a shopper at the point of sale? Internally, we've initiated a research on how men and women perceive package design and what drives their purchase decisions depending on gender.

For this project, CARTILS commissioned Amee de Groen MSc, a then-graduate student from Delft University of Technology, as part of her master's thesis in Industrial Design Engineering. The goal of the research was to find out whether package design should have been adapted to a shopper's gender in a situation when a shopper and a consumer were of different genders. The study focused on a particular product category--whisky, a gender-specific product most often consumed by men, but equally often bought by both men and women.

According to consumer marketing theory, a certain product appeals to a consumer when the product personality (e.g. the look and feel of the product) matches the self-concept of the consumer. In other words, consumers buy or prefer those products which possess images most similar to the images they either perceive or wish of themselves. In case a buyer is not an actual consumer, it is unclear whether the buyer matches the product personality to his/her own characteristics or to those of the actual consumer.

The next step was to find out how those different gender-related prototypical whisky personalities would translate into packaging design and affect the choices of male vs. female whisky shoppers.

The Famous Grouse whisky was put into research--with all its visual attributes including bottle shape and label graphics. Based on the defined above prototypical whisky personalities (as perceived by men and women), six visual concepts (3 for either gender) were created. All the concepts retained the brand's recognizable personality, each emphasizing different visual elements.

The six designs along with the original The Famous Grouse bottle were presented to both male and female "shoppers," who were asked to choose which bottle they would buy for an imaginary friend. The description of that friend fitted the stereotypical whisky consumer that both genders had described beforehand.

The results of the test showed no significant correlation between the gender of the shopper and a buying intention based on packaging design. Hence a conclusion can be made that for the spirit category, the buyers irrespective of gender choose products that match with the consumer's (not their own) ideal representation of the product.

For us at CARTILS, the outcome of this study proves the effectiveness of our approach to design, as we always keep focus on the target audience and their lifestyle. So when it comes to branding and packaging, think of the consumer, even if he or she might not be a shopper/buyer.

Read more from the source: SmartBlog