Are You a Cruncher, Chewer, Sucker or Smoosher? Why Companies Study the Way We Eat

CPG innovation is proving that texture is almost as important as taste for new products like Doritos Jacked, Chips Ahoy! Chewy Gooey or Mamma Chia 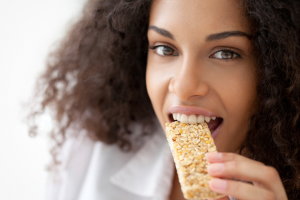 Are you a cruncher? Or a "smoosher"?

Some people crave the perfectly crispy crunch of a cracker or a salty chip. Others yearn for the silky smoothness of a chocolate mousse.

Food companies are paying closer attention to consumer's texture preferences as they drill down on attributes that make new products stand out on store shelves. Food developers are putting specific textures at the top of the list of traits they want to achieve, and they are emphasizing "mouth feel" in descriptions on packaging.

Texture "is just as important as taste or flavor, in many cases," says Jack Fortnum, president of the North American business at Ingredion Inc., a Westchester, Ill., food-ingredient processor that holds hundreds of consumer taste tests a year. It says the tests can, for example, help clients calibrate the precise amount of crunch in a new product. There were 20,790 new food packages world-wide making a texture claim in 2012, roughly double the number in 2008, according to Netherlands-based Innova Market Insights.

To build on the "tooth-rattling crunch" it says 20-something males crave, PepsiCo's Frito-Lay unit launched bigger and thicker chips last year for its Doritos' Jacked line. Yogurt maker Chobani Inc. in January launched Chobani Flip, which pairs a combination of ingredients including toasted almonds, graham-cracker pieces and praline pecans with a yogurt cup.