Producers are learning to use residual bi-products of production in very productive and lucrative ways from packaging to creating their own power source. 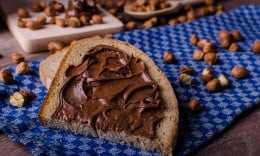 Nut producers around the world send tonnes of nut shells to landfill each year. But a few innovative projects suggest they might be binning a valuable resource.

Ferrero, the largest chocolate producer in the world, has come up with a particularly neat use for its hazelnut shells. The Italian company is the world’s biggest buyer of hazelnuts, using 25% of the world’s supply and making 180m kg of its Nutella spread each year, according to the Italian Trade Agency. As a result, it has plenty of hazelnut shells to play with.

“We have access to large amounts of residual by-products which we realised could be used constructively,” said a project co-ordinator at Ferrero. The company’s idea is to use the nuts’ natural wrapping to create packaging for its chocolates.

Ferrero has teamed up with renewable packaging company Stora Enso, and PTS, a German Research institute, to develop the so-called EcoPaper, as part of a €1.2m (£870m) project , which is 50% funded by the European Union.

Miguel Sánchez, mill manager at Stora Enso says that visually there is no way to tell a hazelnut board apart from regular carton board. He explains:“We are still experimenting on the ideal mixture of nutshell fibres in the pulp, but so far it works well for stiffness and bulk. The hazelnut fibres are used in the board’s middle layer and have been tested for allergy aspects without any problems.”

Read more from the source: the Guardian