The aging baby boomers are controlling more of America's wealth, and packaging for this market should reflect that. Poor eye sight and difficulty opening packaging are just two of the big factors that should be going into a design targeting this demographic. 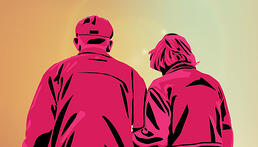 The time is now to refocus on the needs of an aging generation. For nearly 50 years, Baby Boomers — the roughly 76-78 million people in the U.S. born from 1946-1964 — were the population segment most coveted by marketers because of its size and the enormous influence this group possessed.

Products and services were created to meet their needs and desires; ads were crafted to appeal to them, and success measures were based on their reactions.

But these days, Boomers — who are all at least 50 as of this year — are being overshadowed by Millenials, the 80-82 million people born between 1982 and 2000. Marketers are now eager to cater to this younger and larger segment.

While it certainly makes sense to address the needs of Millenials (or Gen Y, as they’re sometimes referred), ignoring Boomers will mean missing unrealized opportunities at best, and losing existing market share at worst — very likely both.

While no longer the largest population segment, Boomers are still a force to be reckoned with. Let’s face it, 77 million is a lot of people, and this group has extraordinary spending power.

Read more from the source: brandpackaging.com