We've noticed some momentum with food CPG companies bowing to pressure from active consumers. First Kraft removes artificial food dyes from their Mac and Cheese and now General Mills vows GMO free Cheerios. Now that the voice of the consumer is easier to hear through social media, we expect this trend toward transparency to continue. 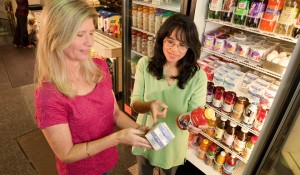 So long, Cheeri-GMOs. In a victory for anti-GMO proponents and outspoken consumers, General Mills has stopped using genetically modified ingredients in Original Cheerios. The raging debate pits critics who cite the dangers of genetically modified crops against those who say there is no scientific consensus on the issue.

Exactly a month before the brand makes its Super Bowl debut on Feb. 2, General Mills VP Tom Forsythe stated in a blog post dated Jan. 2 that the decision wasn't driven by critics or safety concerns, but by consumer demand.

"It's not about safety," he wrote. "Biotech seeds, also known as genetically modified seeds, have been approved by global food safety agencies and widely used by farmers in global food crops for almost 20 years."

Read more from the source: BrandChannel