Is package design the climax of your brand story?

When a shopper is weighing up what to buy, it’s packaging that prompts the pivotal ‘moment of truth’. 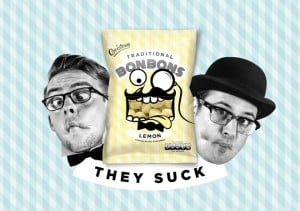 In the summer of 2006, New York Times Magazine columnist Rob Walker pondered what made one object more valuable than another, even though to all intents and purposes the two objects were the same. What makes a pair of kitten heels from Jimmy Choo more expensive than a pair from Topshop? Or a glass of Evian more valuable than a glass of tap water?

The reflex answer for every reader of Marketing Week is 'brand'. But Walker, being a journalist, thought 'story'. He hypothesised that it's not just products in themselves that we value, but also the story that goes with them.

So he decided to conduct an experiment. With the help of his friend Joshua Glenn, he bought 100 worthless objects from flea markets and thrift shops: an old wooden mallet, a cracked porcelain shoe, a plastic banana. All of them unlovely and unloved. They spent an average of $1.28 per object.

Next they asked 100 talented, unknown writers to write a short story that featured the object and give it a new meaning. Then, they put the objects for sale on eBay, with the story as the descriptor.

By attributing significance to formerly insignificant objects, Walker and Glenn made them significantly more valuable.

Read more from the source: marketingweek.co.uk