Is your brand guilt-free? The new perspective is here to stay

Nobody wants to feel guilty and yet the consumption race is putting consumers into a state of anxiety about their decisions. Can your brand's honesty and transparency be truly "guilt free"? 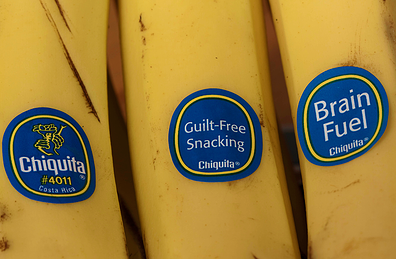 Have you seen Elysium (2013) with Matt Damon? It paints the gloomy, not-so-far-from-now future--2154 year--when Earth becomes a miserable and devastated place, improper to live. Privileged citizens relocate to the artificial thriving satellite called Elysium, while Earth is reserved for the unprivileged, policed by robots... It could be a realistic scenario for the über-urban future in which nobody cares about waste management, recycling, humanity and sustainability at large.

What could these fictitious people feel after having deteriorated their home planet? Guilt. And what should we feel now when turning it into a huge miserable landfill every single day? Probably, the whole gamut of emotions, including guilt.

Nobody wants to feel guilty

Guilt is a negative, uncomfortable feeling characterized by realization of the fact of committing something wrong, especially against moral. It is a natural people's reaction to feel guilty every time they do not recycle trash, eat unhealthy or lie. As the moral standards are changing, now it is highly questionable if we should feel good wearing fur or leather, driving gasoline cars, buying products tested on animals, 'bloody' diamonds or smartphones built with cheap labour.

Read more from the source: POPSOP