UPDATE: Five Ways Your Brand Can Let Numbers Do the Talking

In February, we posted a piece on brands that were using numbers in their product names, branding and packaging to convey a sense of authenticity. We featured products like small-batch distilleries and high-end snacks that use batch numbers and numerical naming conventions to promote the artisanal qualities of their product. Fast-forward one month later, and we’ve found a number of larger national brands jumping on the trend. 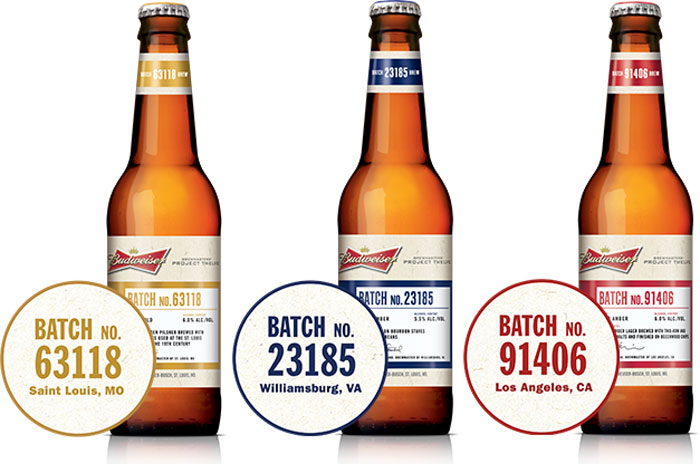 One example that really struck us is Budweiser’s “Project 12.” Named after Budweiser’s twelve brew masters across the country, “Project 12” takes one of America’s largest breweries and attempts to make it seem small-batch and local. Essentially a nationwide focus group, Project 12 takes six different new varieties of beer, each named with a batch number and corresponding city and pits them against each other in a nation-wide taste test. The consumer can buy a 12-pack of beer and give Bud input on which beer is worthy of the Budweiser name. This packaging is teeming with numbers, (Project 12, batch numbers, and even the corresponding alcohol by volume rating) which could seem like overkill. But by holding off on branding each of the varieties and letting the flavor and location speak for itself, Budweiser welcomes its drinkers to participate in the tasting and production process. Given the popularity of craft and home brewing and an increasingly savvy beer drinker, this project has potential to be a win for the beverage giants. 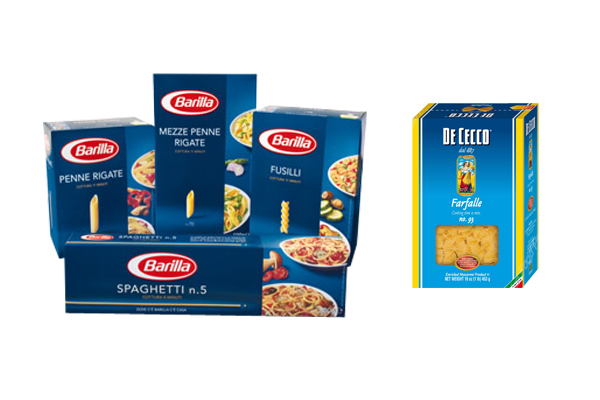 We’ve also seen a lot more numbers popping up in the pasta aisle. High-end dried pasta brands like DeCecco commonly call out the “Die Number” to distinguish between different pasta shapes. Referring to the part of the extruder that shapes the pasta, these numbers give the consumer a window into the manufacturing process while simultaneously giving the product another level of organization. This practice is starting to seep into the national pasta brands as well, with the latest round of Barilla packaging adding cut numbers to the top and sides of their US packaging, and to the front of some of its international packages. As consumers who have access to a wide variety of imported, local and gourmet products, it makes sense for larger brands to keep up with the trends, or risk losing out to the little guy.