The balance of power could be about to swing in "copycat" packaging disputes after years of brand owners being the whipping boys. British brands can now take action if they believe a retailer is riding on the coat tails of a brands' reputation. Will this IP enforcement cross the ocean soon? 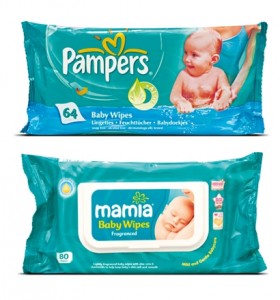 Although the issue of so-called copycat packaging has existed for many years, tensions between brand owners and retailers have bubbled under the surface with high-profile disputes rarely appearing in the public domain.

The last case to reach the public glare was between Sainsbury's and Diageo in 2009, and revolved around a copycat version of Pimms. However, the growing prospect of greater protection from UK and European lawmakers means more brand owners may be emboldened to break cover in the future.

Last month, the European Commission revealed it will support stronger enforcement action on copycat packaging that misleads consumers, while a Government investigation into copycat practices in the UK is on the horizon.

Liberal Democrat MP Jo Swinson responded to a question in Parliament by revealing that the Intellectual Property Office's long-delayed research into FMCG packaging and "the impact of lookalikes" is due to be published this spring.

A deeper delve into the issues surrounding packaging has been held back until publication of the research, claims the lobbying movement British Brands Group.

Intellectual property advocates believe that for too long, the Government has sat back and allowed one of the cornerstones of the UK economy to be eroded. Paul Rawlinson, partner at law firm Baker & McKenzie, argues that in the UK "there is a lack of leadership in looking at intellectual property and the brand industry as a subset of that".

He adds: "People talk about the UK's economy being built on intangible assets, so it is a bit of a mystery why intellectual property does not get as much airtime as it should at the highest level of government."

Read more from the source: marketingmagazine.co.uk